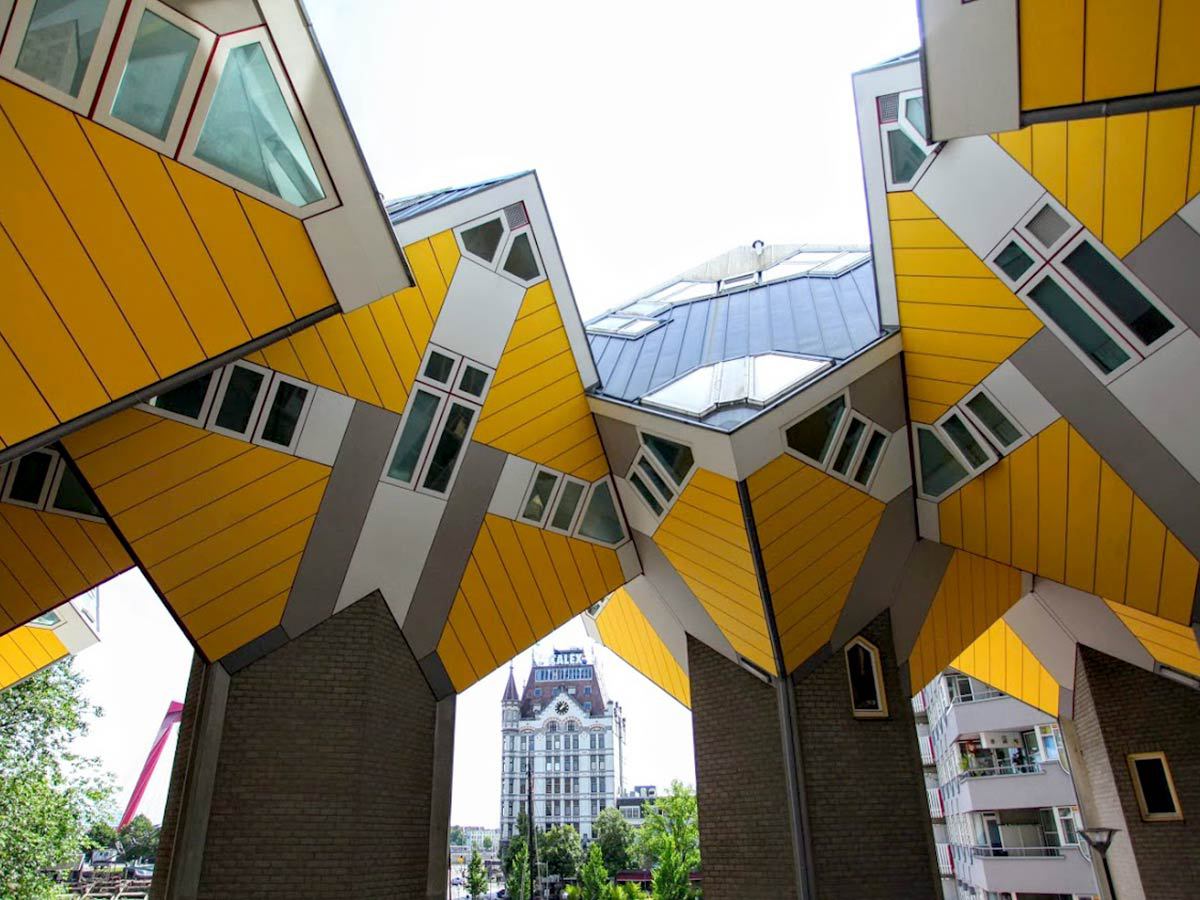 At the beginning of the Second World War the heart of the city was bombed and largely destroyed. This meant that, immediately after the war, Rotterdam was rebuilt using the newest architectural styles. And this process is still going on today. Experimental cubical houses were built in the 70’s. And recently a covered market has been built with enormous paintings decorating the interior. The southern island ‘Kop van Zuid’, a former ship docking area with the old head office of the Holland America Line, now has spectacular high-rise apartment buildings and office blocks.

Include a surprise stop: walk under the river Maas or view the city from above from the Euromast! Rotterdam has a lot to offer.

Bus or a combination of public transport and walking or bicycle

a visit to the Euromast, entrance to a cubical house or a harbour tour by Spido Cruises.

The Hague: a Royal city

The Hague: city of International Justice